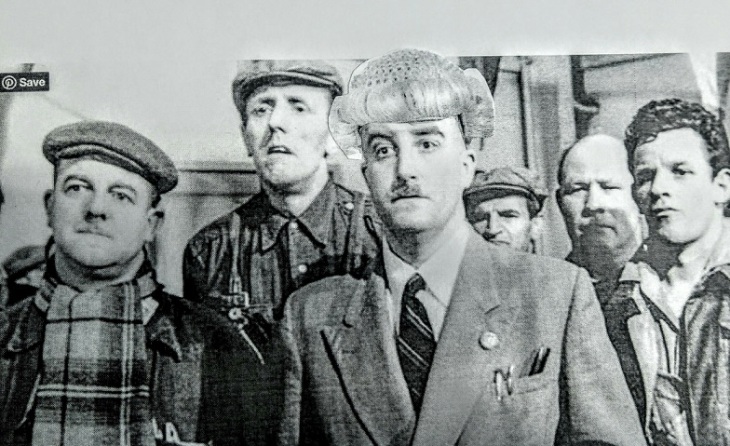 I’ve realised that it’s quite a while since I had blogged. Time flies when you’re having fun, eh?

You know how it is. Life gets in the way. Over the summer I’ve been dealing with births, marriages, deaths, trials, a house move, more trials. And loud gigs. Lots of them.

But this week it’s back to the blogging grindstone. Because the peasants are revolting. The Bar’s Fred Kites are gathering around the braziers. And the cause of this is the criminal Bar’s very own Brexit.

I refer of course to the new Advocates’ Graduated Fee Scheme with supposed extra injection of £15million from the MOJ – on which members of the profession voted in June, by the very narrowest of margins, to return to work after two months of refusing new briefs.

When barristers revolt, it’s all very polite. Lots of “I say, that’s not really on” when the MOJ decide to impose yet more fee cuts. A cacophony of “surely that can’t be right” when list offices decide to muck one of your cases about by moving it to a date you can’t do, thereby depriving you of the fee on it even if you’ve done 20 or 30 hours’ work on it. A quiet roll of the eyes when a judge tells you that counsel’s convenience is of no importance when you object to a trial being placed into a warned list, which suits no one except the court’s stats master.

This time it’s different. The anger in robing rooms across the country is rising like bile, because members of the criminal Bar have woken up to just how appalling the new Advocates’ Graduated Fee Scheme is in practice – and to the fact that the MOJ’s £15million ‘extra cash injection’ is, in fact, more like about £8million and that this probably includes VAT. And still shows no sign of actually being paid over yet.

(Apologies to those reading this who have no knowledge of, or interest in, the AGFS. This blog is only going to be of any relevance to criminal lawyers doing legal aid work.)

Whoever thought getting rid of using the number of pages of evidence in a case as an indicator of how much work would be required to prepare said case for court obviously hadn’t conducted any legally aided defence cases for some considerable time. This system has long relied on barristers being kept afloat by payment for the occasional ‘paper heavy’ case, with the fees for this making up for the unacceptably low rates on other types of cases.

Quite frankly, we were fed a great deal of Bar Brexit Bollocks during the last action. The writing on the bus was about how many people would be better off under the new scheme, due to a paltry few pounds being added to what you get paid for covering someone else’s mention here and there, or the second day of the trial actually getting paid rather than being part of the brief fee. How not getting paid for conducting the second day of an ongoing trial ever came to pass in the first place shows how much we’ve suffered from a lack of proper leadership over the years.

I’m sure everyone out there has terrible examples of the dog’s breakfast which has actually been foisted on us. I’d be interested to see some of them.

I’ll give you one of my own. I recently conducted a very serious child cruelty trial involving complex evidence from a number of specialist medical experts, a cut-throat defence, and two files of unused material on top of the evidence.

A significant part of the Crown’s case involved a schedule and chronology of text and social media messages exchanged between the two defendants during a six week time period. The served materials from the telephones amounted to around 9000 pages, all of which had to be combed through carefully in advance of the trial.

Because this case was under the old payment scheme, I worked out that I could afford to take a few days out of court here and there in the weeks before the trial, in order to carry out the necessary prep for such a case. The fee that I would ultimately receive would ‘cover’ the days that I wasn’t in court and so wouldn’t be earning any money at all.

Getting paid an extra £30 here or there for pre-trial hearings is in no way going to compensate for the losses made on just about any case with more than 100 pages of evidence. Quite why anyone would want to do 10,000+ page cases in future is beyond me.

Another example. A couple of weeks back I was asked to take as a return a sex case involving four child witnesses. The trial was due to start in one working day. The alleged offences were very serious, though not in the top bracket of seriousness according to the new AGFS. There were about 500 pages of evidence, ground rules hearings were due, sensitive cross-examination of four children under 10, that sort of thing.

I worked out that I would need to spend 15-20 hours on the prep for the trial, to get up to speed. This would mean cancelling my entire weekend plans and working all the way through. I then looked at the figures for the brief fee and refreshers on a cat 4.2 case under the AGFS, and I refused the brief.

The bottom line is: we are now simply NOT PAID for case preparation.

The brief fee was insufficient when I factored in issues such as the hours of prep which would be required, not to mention the amount of aggro and stress in a case such as that, the inevitable cancellation of long-made plans, the (unpaid) travel time and the fact that taking over such a case at short notice is always a complaint waiting to happen. It wasn’t worth it for the amount of money on offer.

I suspect I am not alone in this. We will have to refuse a lot more if we are to make any headway with the MOJ. The only language they understand is courts grinding to a halt, trials not covered, custody time limits expiring, judges under pressure and complaining.

I’m not on any committees. I wasn’t at either the ‘juniors under 10 years’ call’ meeting or the Head of Chambers’ meeting last week, as I don’t qualify for either. So no one has asked me for my opinion.

I’m going to give it anyway. Here’s what I say we need to do:

Meanwhile, life at the Ministry of Justice and HMCTS is becoming more like an episode of  W1A with every passing day.

SW1H. The place which, fiddling while Rome (or at least, the UK’s court system) burns, holds the fate of justice in its hands while spewing out press releases and tweets which read as if someone just cut up a dictionary of Bollocksphere management speak (see my previous blog Welcome To The Bollocksphere here), chucked the pieces up in the air, then picked them up and read them out at random.

According to last week’s press release from the MOJ, they seem to have the odd £24million here or £68million there (see link here) for their pet projects, despite continually telling the criminal Bar that there’s no money in the pot so any new fee scheme has to be cost neutral, or that its executive arm can’t pay enough judges to sit in particular courts on particular days/weeks so that trial you’ve been booked to conduct for months has to be moved to a date you can’t do without such as a bye-your-leave, meaning you won’t get paid for all that prep you’ve done on it.

I’ve tried to think of any other job where professionals providing a vital service would be treated the way we are. But I can’t. It’s about time we stopped putting up with it.