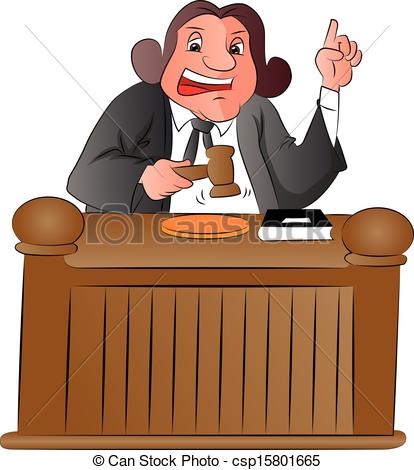 If I didn’t think it was a load of old pony, I’d have to start taking mindfulness classes or doing chanting with crystals. Because this week the media has yet again been full of frankly dangerously misleading and inaccurate portrayals of what goes on at a criminal trial.

If there’s anything guaranteed to get the goat of a criminal lawyer, it’s having to sit through programmes like Apple Tree Yard when they try to portray anything to do with criminal procedure. The last couple of episodes of this well-acted but rather far-fetched drama had numerous criminal practitioners plucking their wigs to pieces and stamping on them in frustration.

It’s not just that we find it intensely irritating that TV production companies can’t get simple details correct. No, Defendants don’t engage expensive PR pillocks to advise them on how to point your feet towards the jury when answering questions – your lawyer can tell you that for nothing. But we certainly wouldn’t tell a client to wear “a blouse with a bit of embellishment”, “not too low cut”.

Our problem is that in portraying these inaccuracies in how criminal trials operate on a day to day basis, TV shows are feeding into the current media hysteria about, in particular, trials involving sexual allegations. And this hysteria has culminated this week in what could well be described as dangerous attempts by MPs and special interest groups to interfere in the trial process and the discretion of judges (see link to the story here).

Yes, even more so than usual. Add a sprinkling of ill-informed MPs into the mix of criminal procedure, and I start feeling like the old lady who’s sitting next to Ted Stryker on the doomed flight in Airplane!.

(Funnily enough, I do have some shoes like that. Though skin-tone stockings is a no-n0.)

So exactly what was it about the scenes in Apple Tree Yard which had me and my colleagues getting all hot under the collarette? After all, rank stupidity in the depiction of criminal law is nothing new on TV. Judge John Deed (2001-07) used to break every rule in the book. (Would a judge seriously preside over a trial in which his erstwhile paramour was representing one of the parties? Or where his daughter was appearing for another Defendant? Or have an affair with the high-profile wife of the eminent Man from the Ministry? Um, probably not.)

Of the less well remembered outings, Chambers (2000-01) was always my favourite. There’s a John Fuller-Carp in just about every Chambers you could name, and yes, we’ve all had the bet before a closing speech as to whether you can successfully insert the names of characters in EastEnders/football teams/lyrics to Clash songs without the jury noticing.

But none of these are actually procedurally accurate. Just like Judge Rinder ISN’T ACTUALLY A REAL JUDGE.

In Apple Tree Yard, the rot started setting in during episode 3, when Dr Carmichael was shown being arrested in a restaurant during a family dinner. Quite how the police would have known she was there, still less bother to traipse over there to arrest her, is preposterous. These days, she’d probably just have been invited down to the police station for a voluntary interview, even on a murder, unless she’d been arrested at the scene. And by the way, Holloway Prison’s been closed for six months.

Then there’s the question of bail. It’s unusual, to say the least, to be on bail for murder. Still less that you’d be paying £100k security as part of it. A surety of that amount, yes – usually taken against someone’s house – but the idea of the court accepting that sort of cash into its accounts is seriously unlikely. And as for Yvonne’s apparent puzzlement when she’s arrested for breaching her bail after being in phone contact with Costley, well, what do you expect, love? You were beyond lucky to get bail in the first place so it’s no good mithering if you’ve been caught breaching one of its conditions!

This also begs the question that if the police have found out about the phone Costley’s apparently got hold of in prison, then how didn’t they apparently know about their pre-murder phone contact and therefore their affair? Ridiculous.

It was the portrayal of Costley’s QC, however, which really had me reaching for the smelling salts. Supposedly she was new, so let’s hope that was why she didn’t appear to know the rules of evidence. They must be letting anyone take silk these days?

You’d be laughed out of the robing room if you kept turning full face to the jury every time you thought you’d landed a blow with some cunning cross-examination point. The silly bint was practically winking at them and shouting “A-HA!”. And anyone, anyone, in silk who stood at the lectern in the classic ‘teapot’ stance (one hand on the hip to match the sardonic curl of the lip) would instantly find themselves the target of daily derision in the Bailey Bar Mess. 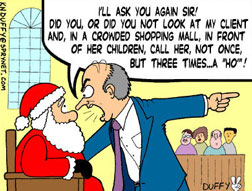 But on a serious note, the cross-examination of Costley’s police colleague Sergeant Johns – in which his QC almost shrieked her questions about what appeared to be a frottage frolic between the pair in the local boozer, as the hapless officer crumpled before her – was so unrealistic as to be embarrassing. Yet this stuff feeds into the current Parliamentary and media narrative in which the questioning of complainants or Prosecution witnesses about anything at all to do with sex evokes hysterical howling and leads to the sort of ill-educated woolly law-making which Saville-Roberts is now promoting.

Along with Vera Baird, who (I’ve said this before and I’ll say it again) ought to know better.

The questioning of Johns of course would not have required any s41 application, as she wasn’t the complainant in relation to an alleged sexual offence but a peripheral witness in a murder trial. Which is why in real life no judge would have allowed the line of questioning pursued by Costley’s silk, since it appeared to have no real relevance to his defence of diminished responsibility. In reality, both the Learned Judge and Prosecution counsel would have been interrupting Defence Bint QC almost immediately, as irrelevant material is, of course, inadmissible.

And yes, you could expect to be reported to the Bar Standards Board if you asked a witness if they were “being felt up by a colleague” or if this was unusual. This is not how trials are conducted.

Neither would any self-respecting Defence team have put a so-called ‘expert’ into the witness box whose only published thesis was a PhD which was not supported by any empirical evidence, FFS! This was rightly rubbished in the final episode by the Prosecution silk (yes, they do often purse their lips like that, though), and almost certainly wouldn’t have been admitted as evidence in the first place as the Crown would have had it argued out on a voir dire! Still, I suppose that wouldn’t make very good telly.

And no, DBQC wouldn’t have got away with leading her own witness so outrageously. Opposing counsel would have been on their pins in an instant.

A programme like this would have had legal advisors’ input, so I’m assuming that – like so many clients – advice as to an accurate representation of real criminal procedure was provided, but the clients decided to ignore it anyway. Most unwise.

The bit where we got a lecture about “rape victims” and their supposed treatment in trials was when Yvonne was shown talking to herself in court: “Often these cases are conducted as if the victim has committed a crime” was the cliché trotted out. In my experience, those cases are increasingly conducted as if the complainant has to automatically be believed and as if the presumption of innocence has been abolished. And I conduct rape trials on an almost weekly basis. Had the writer(s) actually observed such a trial in the recent past? In fact, the real point here was that Yvonne was not the complainant in a sex case, but the defendant in a murder case – so again, s41 wouldn’t apply and anything she raised in her defence would be fair game when it comes to cross-examination.

So long, of course, as such cross-examination was limited to relevant matters. I’m not really sure how Costley’s QC could justify asking whether the good Dr was wearing knickers or not on the night of the faculty party, or why whether George Selway put his hand on her knee was relevant, or why the judge didn’t intervene. Come to think of it, I’m not entirely clear how the silk wasn’t in what we lawyers call “professional difficulties” when, during the defence case, Costley suddenly changed his defence tack and wanted to introduce details of the affair when they had both denied having one up to that point.

What I do know, though, is that such rank misrepresentations about how criminal trials are actually conducted is massively unhelpful for everyone involved in the criminal justice system.

Now, I’m not going to go into detail about Liz Saville-Roberts and her knee-jerk Private Members’ Bill about s41 of the Youth Justice & Criminal Evidence Act 1999 here. I don’t have to, as fellow blogger The Secret Barrister has already eviscerated that piece of Parliamentary flummery today (see link to the blog here). But what I will say is that inaccurate, hysteria-inducing media portrayals about how criminal trials actually work in practice are spectacularly depressing to those of us practising at the coalface. Since it leads to ill-informed proposals like the one put forward by Saville-Roberts and enthusiastically embraced by various special interest groups, most if not all of whom appear to take the view that complainants in sex cases should automatically be believed because they are complainants in sex cases.

And before you know it, we will be in a position where cross-examination of such complainants is completely prohibited, presumably because it might upset them. We may be just about there already.

I don’t need to tell anyone reading this how dangerous a slippery slope that would plunge fair trials down onto. Unfortunately we are already teetering at the top of the black run, with all the strictures placed on the examination of witnesses by the Advocates’ Gateway which has been so enthusiastically embraced by far too many lawyers and judges. Only a few weeks ago, a judge conducting a rape trial in which I was defending suggested to myself and Prosecution counsel that the complainant should have had an intermediary. When it was pointed out by us both that this was entirely unnecessary since the complainant was an adult with no learning disability nor any issues with communication at all, the judge suggested that she was entitled to one because she was a rape complainant. WTAF?

I wonder how long it will be before we actually reach the position where NO ONE IS ALLOWED TO CROSS-EXAMINE ANY COMPLAINANT IN ANY CASE, in case it hurts their feelings. You really wouldn’t give it credence.

So next time you’re sipping cocoa in front of a TV courtroom drama, add a large teaspoon of credulity to it. If Defence Bint QC screeches at a witness, “YOU’VE LIED, HAVEN’T YOU?! WELL, HAVEN’T YOU?!?!”, remember that any defence counsel worth their salt would not put their case in this way, since to do so would inevitably alienate the jury, which is the last thing you want to be doing. But we may, of course, have to politely suggest that a witness is lying, if that is actually our client’s case.